Kos, the island of Hippocrates, is the third largest island (295 square kilometres) in the Dodecanese complex and is located in the south-eastern part of the Aegean Sea, between Kalymnos and Nisyros. Its central location in the Dodecanese islands ensures easy access to the neighbouring islands (Kalymnos, Pserimos, Leros, Leipsoi, Patmos, Nisyros, Symi and Rhodes) as well as the nearby Turkish coast.

It successfully blends tradition with modern infrastructure, offering dozens of easily accessible beaches, countless historical monuments, impeccable hotel facilities, lush vegetation and heavenly turquoise waters that attract more than one million visitors annually. It stands out as the ultimate summer destination of the Dodecanese islands and is a Mediterranean oasis, both for history enthusiasts and adventure seekers. 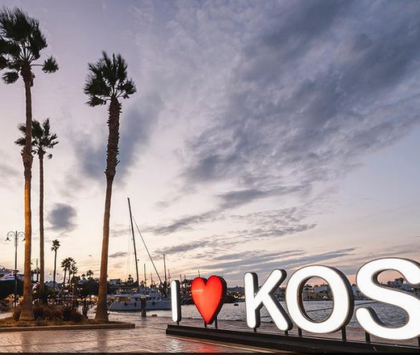 Popular for its wide golden coasts and Mediterranean climate, Kos is blessed with warm, sunny summers. Its coastline is 112 kilometres long and features teal-blue crystalline seas, exotic beaches, rocky bays, emerald waters and natural hot springs, offering countless options for all visitors. And while most islands offer only one type of beach, Kos offers diversity, boasting a wide range of fascinating seascapes. Whether you’re looking for a little pampering on comfy sunbeds or wish to discover some of the island’s more secluded beaches, Kos offers a little bit of blue to everyone! In fact, 12 of its shores are awarded with the world-famous Blue Flag.

The recently renovated International Airport Hippocrates is connected to all major European airports during the summer season (April – October). It also offers daily flights to Athens and direct connections to Heraklion (Crete), Thessaloniki and the surrounding Dodecanese islands. Kos includes three (3) ports. The natural central port of Kos in the centre of the city, on the north side, is where tourist boats dock today. The port of Kardamena is found in Kardamena village, at a distance of 26 kilometres from the city on the south side of the island and offers daily connectivity to Nisyros island. Mastichari on the north side of the island at a distance of 21 kilometres from the city, is a picturesque coastal settlement with a small harbour that offers daily sea transportation from / to Kalymnos island. Kos marina, which has been operating since 2001, is one of the largest and most well organised marinas in the Mediterranean, offering, with contemporary services and high-end facilities.

The island of Kos is often described as an open archeological museum, as it offers dozens of open-air archeological sites, historical monuments from different historical periods and several cultural events throughout the year. A variety of historical monuments testify to a crossroads of civilizations that once flourished on the island. The White Stone Cave has revealed evidence that the history of Kos dates back to prehistoric times, around 3,000 BC! Hippocrates (460-377 BC), father of medicine and the author of the Hippocratic oath, practised and taught his medicine in the ancient Asklepieion, one of the most emblematic monuments in Greece. The Asclepieion of Kos was dedicated to Asclepius (ancient god of healing and son of Apollo), was considered the ultimate healing centre of the ancient world and it was where Hippocrates from Kos, the most famous physician in history, established his medical school.

The Archaeological Museum is located in the central square of the island (Eleftherias Square) and includes statues, reliefs and artefacts from the Roman and Hellinistic times. The Ancient Agora of Kos, built in the 4th century BC, was once the commercial and social centre of the island and can be found only a few metres away from the port of Kos. One of the most characteristic landmarks of the island is the Palm Tree Aveniue (or Phoinikon Street) and the stone bridge under the Castle of the Knights otherwise known as Neratzia Castle. Exotic palm trees are lined up along Kos’ most popular bike lane. Apart from the popular plane tree of Hippocrates, where according to tradition Hippocrates taught his students, in Platanos Square one can also admire the mosque of Loggia, built in 1786 and one of the most impressive Ottoman mosques on the island. 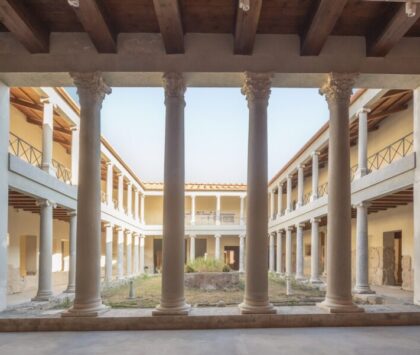 The ruins of the well-preserved basilicas of Agios Stefanos, located on the homonymous beach in Kefalos, date back to 469 and 554 AD and create an astonishing landscape where history meets the Aegean. Guests have the opportunity to admire samples of typical Roman architecture at the Roman Odeon or Casa Romana (otherwise known as Roman House), a Pompeii-type villa of the late 2nd and early 3rd centuries AD. Visitors can also visit the imposing Mediaeval Castle of Antimachia, a mediaeval fortress built on a plateau southeast of the village of Antimachia during the Late Middle Ages from the Knights Hospitaller of St. John, which was successfully used as a fortress in 1457 to prevent an Ottoman attack. All the above and many more constitute evidence of the island’s rich history and create an impressive blend of history and natural beauty.

The island of bicycles

Kos has been widely known as the “island of bicycles”, as it features a total of over 15 kilometres of bike lanes along its coast, 6,500 bikes available for rent, plenty of mountainous off-road paths and routes for all levels. Cycling is a popular activity for locals and visitors alike. 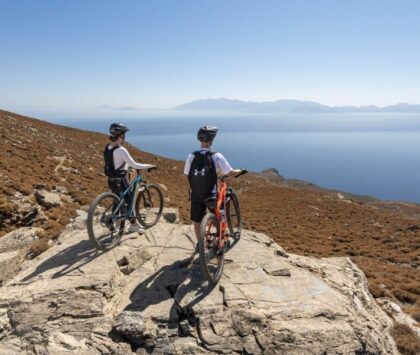 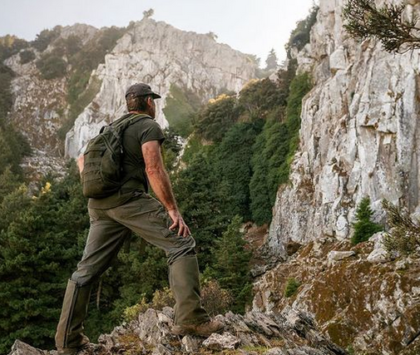 Today, Kos Island presents great bike paths and routes for all levels of riders: completely flat, mountainous, mixed, dirt roads, steep trails and a highly developed cycling culture. Both locals and visitors use bicycles as a means of transportation in their daily lives. Young people and teenagers use them to go to school, get around or have fun, the elderly use them to go shopping, others to just work out or take a stroll and visitors choose them for their travel adventures. Last but not least, the island offers services of great quality and high-end bicycle shops, with a wide variety of urban and mountain bike equipment. 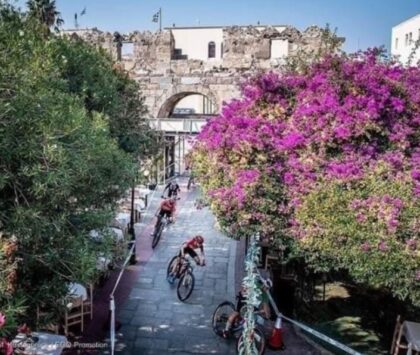 If you are looking for a beach getaway in Greece with several experiences and activities, Kos is the ultimate summer destination! The island’s relatively modest size allows for an unusual scope of activities – for a Greek island, that is – and happenings that will surprise you. Cycling, horseback riding, wine tasting tours, mountain biking, hiking, island hopping, dozens of water sports, windsurfing, kitesurfing, scuba diving and many more activities related to the sea, are only some of the options to keep you occupied during your sunny days on the island. 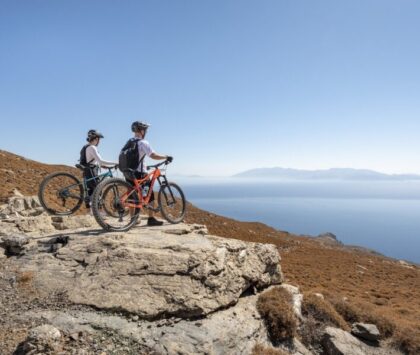 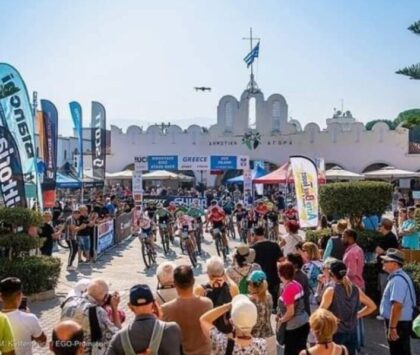 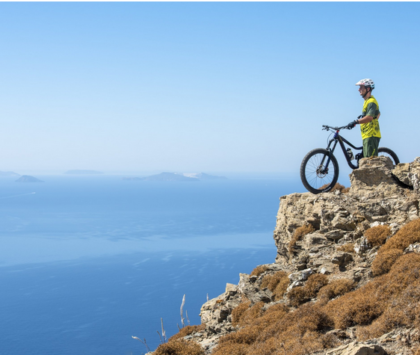 Kos’ diversity is also clearly reflected in its local gastronomy, since one can enjoy a variety of local flavours and traditional dishes. Winemakers, cheese, olive oil and honey producers offer guidance and tours through their visitable vineyards, apiaries and olive groves.
From the famous local “krasotyri” cheese or wine cheese and the traditional tomato spoon sweet, to the variety of local wines, honey, olive oil and much more, Kos is a wellspring of local produce and culinary delights. Kos diversity also applies to its restaurants, where one can indulge in a variety of local delicacies, traditional products and recipes.

However, what granted Kos its position among the most popular Greek destinations is its people. Genuine Greek hospitality is second to none in Kos, with locals constantly being eager to enhance your trip with local flavours, customs and festivities. Thus, it comes as no surprise that hundreds of visitors repeatedly choose Kos for their summer holidays for decades now! 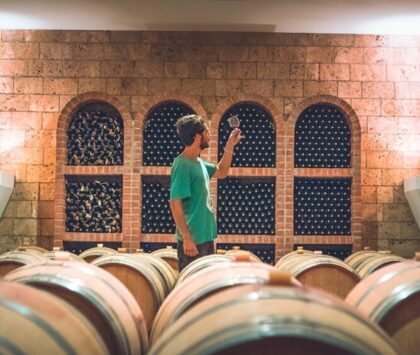 The temperature is relatively good for most of the mild fall months, so autumn is also considered a great time to explore the archeological sites, beaches, wineries and the breathtaking natural beauties of the island. Capable of satisfying your personal travel desires, Kos is the place where everyone, from couples to families, can create their own summer holiday experience.

Cosmopolitan, vibrant and diverse, Kos is undoubtedly one of the most outstanding Greek destinations, offering a fascinating, complete and wide-ranging travel experience.